September 22 marks the first official day of fall. And with this seasonal transition comes cooler temperatures, which is why it’s a good idea to update your wardrobe with the appropriate outerwear. There dozens of jackets and coats from which to choose, but one particular style that’s becoming increasingly popular is the Harrington jacket. 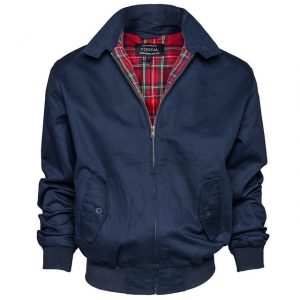 Overview of the Harrington Jacket

So, what is the Harrington jacket exactly and why should you wear it this fall season? Originally created by apparel company Baracuta in the 1930s, Harrington is a jacket style that’s characterized by the use of lightweight fabric — cotton, polyester, wool or suede — and waist-length construction. While it was invented in the 1930s, however, it didn’t become popular until the 1950s and 1960s, during which iconic rock legend Elvis Presley was often seen wearing it.

Why You Should Wear a Harrington Jacket

One of the greatest benefits of the Harrington jacket is its classic style. It’s a simple, timeless style that’s not going to fade from popularity anytime soon. Granted, there are similar jacket styles available on the market, but few offer the same level of classic aesthetics as the Harrington.

When choosing a Harrington jacket, however, consider the material from which it is made. As stated above, you can find these jackets available in cotton, polyester, wool and suede. If you plan on wearing it outdoors and in the rain, polyester is probably the best material, as it’s waterproof. If you only plan on it wearing it indoors, however, you can choose an alternative, non-waterproof fabric.