Who says blazers are limited strictly for formal wear? It’s a common assumption that blazers are part of a suit, but this isn’t necessarily true. There are blazers, suit jackets and sports coats. Of those three, blazers are the least formal. But if you’re planning to wear a blazer as part of a casual outfit, there are a few things you should know. 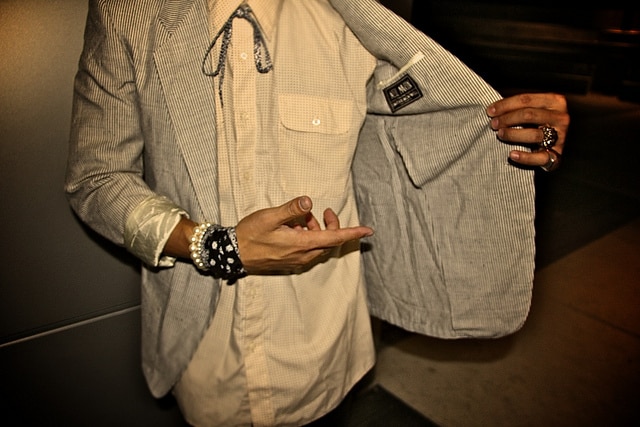 You don’t have to necessarily wear a trousers, chinos or khakis with a casual blazer. But if you’re going to wear jeans with a blazer, make sure they are dark. Light and/or faded jeans are simply too casual for this look. A pair of dark-indigo jeans, however, is the perfect choice for a casual blazer.

One of the great things about casual blazers is that you can wear them with or without a necktie. Contrary to popular believe, neckties aren’t limited strictly to formal wear. It’s perfectly fine to wear them with casual outfits, including a casual blazer. With that said, you should only wear a necktie with your casual blazer if it flows cohesively with the rest of your outfit.

Don’t make the mistake of wearing a wrinkled blazer, as this will hurt your efforts to achieve a stylish look. Whether the wrinkles are small or large, you should eliminate them before wearing a blazer out in public. Thankfully, there are several solutions available to de-wrinkle a blazer, some of which include professional dry-cleaning, steam iron, and even hanging your blazer up in the bathroom while leaving a hot shower running.