Razor bumps, also known as Pseudofolliculitis barbae in the medical community, is an all-too-common occurrence experienced by men of all ages. Some reports indicate that as many as 30% of all men suffer from razor bumps. It’s characterized by the formation of small pimple-like bumps on the neck, chin and cheeks. While razor bumps are generally harmless, they can affect your confidence and self-image, which is why it’s important to prevent them from developing in the first place. 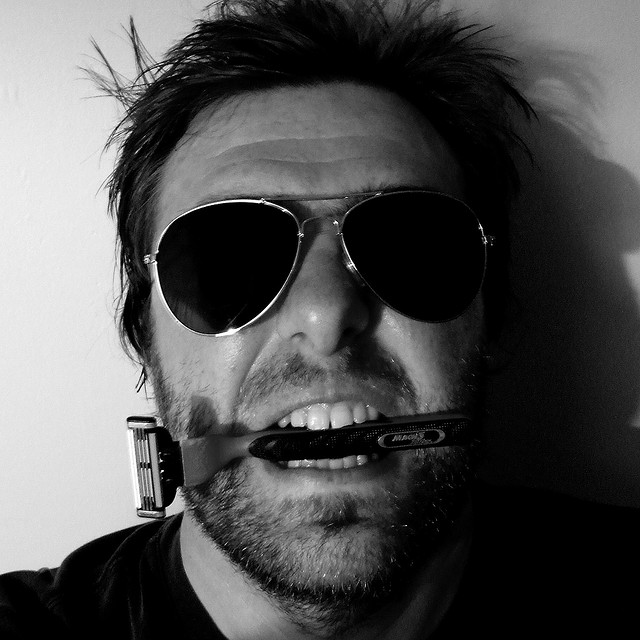 It’s a common assumption that razor bumps are an infection, but this isn’t necessarily true. These unsightly patches of red bumps are actually caused by ingrown hairs that irritate the skin. Granted, razor bumps may lead to an infection, although this isn’t the underlying cause. Hair follicles that begin to grow sideways instead of straight out cause redness, inflammation and irritation, which are the defining characteristics of razor bumps.

There are several different steps you can take to prevent razor bumps. For starters, use light-to-moderate pressure when shaving, not heavy pressure. Some men believe that a close shave will create a cleaner look, so they press down firmly on the razor. But this ultimately increases the risk of razor bumps, as hair follicles are often cut underneath the skin and instead on the surface of the skin. According to Wikipedia, men can reduce their risk of razor bumps by maintaining .5 and 1 mm length facial hair.

You should also get into the habit of changing your razor on a regular basis. I think we’ve all been guilty of using the same razor for days or even weeks on end. Over time, razors will begin to dull, making this less effective at cutting hair. And when a razor doesn’t cut facial hair all the way, it may actually push the hair back into the pore, leading to razor bumps. A sharp and clean razor, combined with a nice lather of shaving cream, will greatly reduce your risk of razor bumps.