So, you’ve scored a job interview but now you’re faced with the task of trying to find something to wear. As the saying goes, “you only get one chance to make a first impression,” holds true at job interviews. You want to present yourself in the best manner possible to increase your chances of getting hired, which is why it’s important to choose the right clothes. 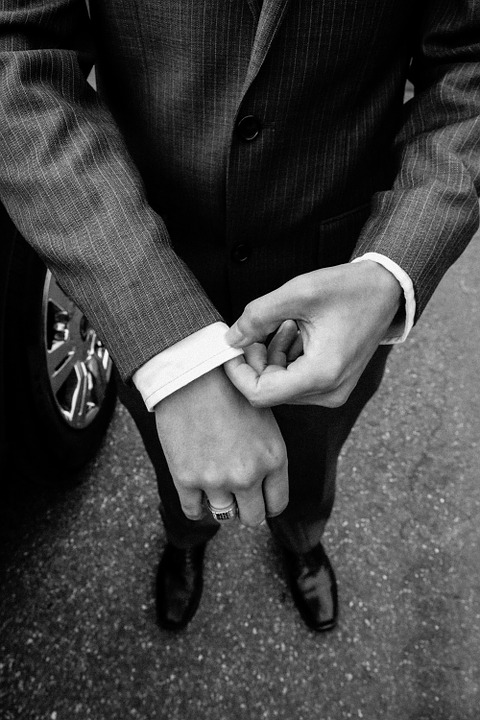 Suit or No Suit?

While there are always exceptions to this rule, most job interviews call for a suit. Whether it’s a managerial or entry-level position, wearing a suit emits a certain level of professionalism that’s not found in jeans a t-shirt.

Keep in mind, however, that this doesn’t necessarily mean that you have to wear a formal suit. There are plenty of business-casual suits available, some of which are ideal for certain types of job interviews. Consider the type of job for which you are applying, the atmosphere of the workplace, as well as what other workers are wearing, and choose a formality that fits.

Stick with a Single-Breasted Suit

Stick with a traditional white shirt for the first job interview. It can be paired with either a black or navy suit, completing your appearance with a matching tie of the same color. Some men are guilty of wearing bold striped shirts to job interviews. But these are a bit too risky and should be avoided, especially for the first interview. White, on the other hand, is a classic choice that’s next-to-impossible to mess up.

Be sure to trim your nails and shave before going to a job interview. Although subtle, it’s the little details such as this that employers remember about the applicants. Showing up to an interview with an unkempt appearance is a recipe for disaster, so don’t make this mistake.

Dry-Clean or Press Your Suit

Would you hire an applicant who showed up to a job interview wearing a wrinkled jacket and trousers? Probably not, and neither would most employers. Have your suit professionally dry-cleaned to eliminate the possibility of wrinkles. If you are crunched for time and this isn’t an option, you can usually press most suits with a warm iron (check the care label for instructions).

Originally pioneered during the Victorian Era, black tie is a dress code that’s become synonymous with men’s semi-formal wear. Based on the name alone, however, it’s difficult to understand exactly what constitutes a “black tie” outfit. So if you’re still scratching your head trying to answer this question, keep reading for an in-depth breakdown on black tie dress code.

Many people assume that black tie and white tie refer to the same dress code. While they share some similarities in terms of appearance, however, they are two unique styles with their own characteristics. Black tie is classified as being semi-formal, whereas white tie is formal.

White tie is the single most formal style of dress code and is usually worn for balls, weddings, and other formal events. While there are always exceptions to this rule, white tie is typically worn only in the evenings past 6 PM.

Black tie, on the other hand, is less formal than white tie, but still more formal than business-casual. There are fewer rules to follow with black tie, making it an excellent choice for men men with a limited sense of fashion. It’s a classic, stylish dress code that can be worn for a variety of occasions. Still, like all dress codes, there’s a right way and a wrong way to achieve black tie attire.

How to Achieve the Perfect Black Tie Attire

To achieve the perfect black tie attire, there are a few things you should know. First and foremost, your suit should be black. This generally means the sports coat, trousers and bow tie should all be black. There’s nothing wrong with suits featuring other colors, but there’s a reason why it’s called “black tie” — because it focuses strictly on black instead of other colors. To compliment your black suit, you should also wear a white dress shirt. The white on black will create a contrasting appearance that really enhances your outfit.

In addition to a black suit and white dress shirt, men should also wear black dress shoes (oxfords are an excellent choice) as well as a black leather belt and waistcoat. This should complete your look to create the perfect black tie outfit.

Although small in size, the pocket square is a key component in men’s formal wear. Also known as a pocket handkerchief, it consists of a thin square-shaped piece of fabric that’s neatly folded and placed inside the breast pocket of a suit jacket. Pocket squares are used to enhance a man’s outfit by introducing a new color. However, there’s a right way and a wrong way to wear them. 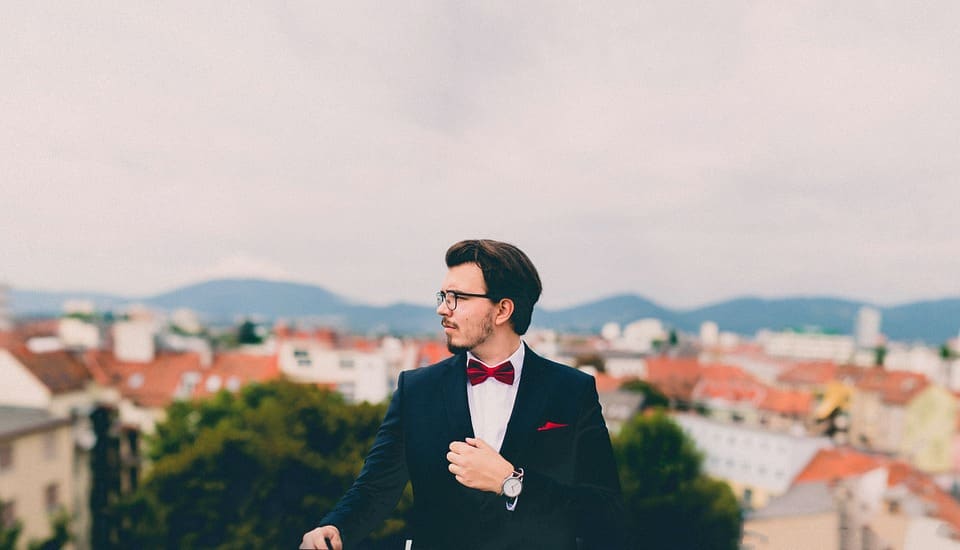 History and Origins of the Pocket Square

It’s unknown who exactly is responsible for pioneering the pocket square. However, historians believe this now-popular men’s accessory originated several thousand years ago out of ancient Greece. Back then, Greek noblemen would carry handkerchiefs sprinkled with perfume in their pockets. The trend slowly but surely spread to other regions, including Europe and eventually North America. Today, the pocket square remains a staple accessory worn by men of all ages and backgrounds.

How to Fold a Pocket Square