As the weather begins to warm, more and more men are switching out their tennis shoes for sandals. Aside from the increased comfort they offer, the right pair of sandals will enhance your appearance. However, there are a few things you should know about the “do’s” and “don’ts” of wearing them. 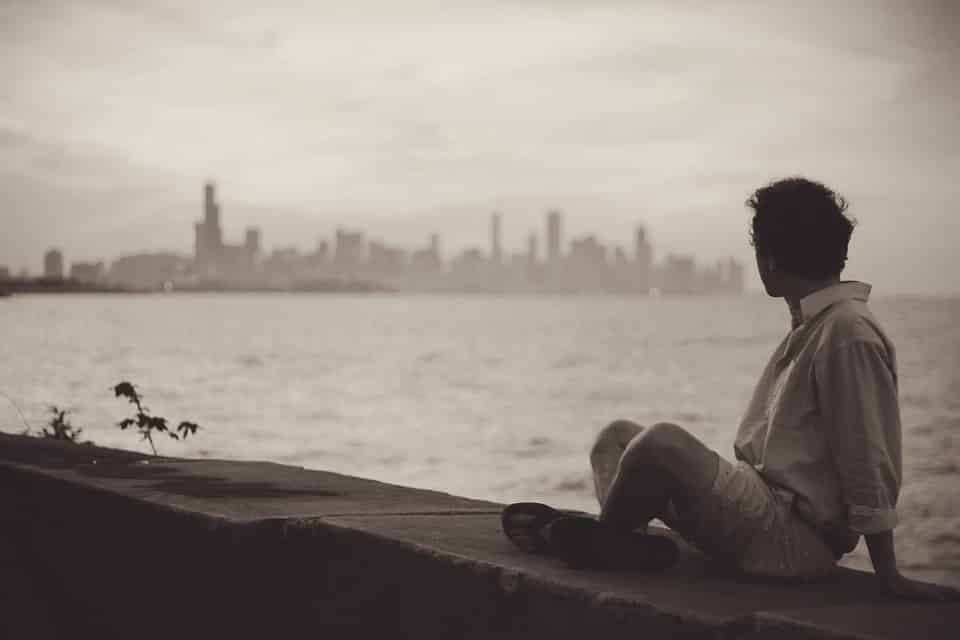 Do Clip Your Toenails

There’s no other way around it: if you plan on wearing sandals, you need to clip your toenails. We’ve all been guilty of ignoring this self-grooming process at some point or another. If your feet are concealed, it really doesn’t matter if your nails are clipped. With sandals, however, your feet are exposed for the world to see, so clip them!

This rule isn’t limited strictly to sandals; it applies to all clothes and fashion accessories. Because many popular styles of sandals are brown, however, many men make the mistake of mixing brown and black in their outfits.

There are literally hundreds of different styles of men’s sandals, some of which are made of cheap rubber, while others are made of stronger, more durable materials. Rather than buying a cheap pair of rubber sandals, it’s recommended that you invest in a pair of high-quality sandals. You can expect to pay more for a pair of genuine leather sandals, but this is one instance in which the saying “You get what you pay for” holds true.

Don’t Let Your Pants Drag on the Ground

Don’t just consider the color and style when choosing sandals; also consider how comfortable they are. You don’t want to be stuck with a pair of sandals that you can’t wear because they rub your feet raw. To prevent this from happening, take a few minutes to try on any new sandals that you are considering buying. This will give you a better idea of whether or not they provide adequate support and comfort for your feet.

Dress shoes are an important component of men’s formal wear. They add the “final touch,” while complimenting the rest of your outfit. But many men feel lost and confused when choosing dress shoes. While there are dozens of different types, we’re going to explore some of the most popular choices. 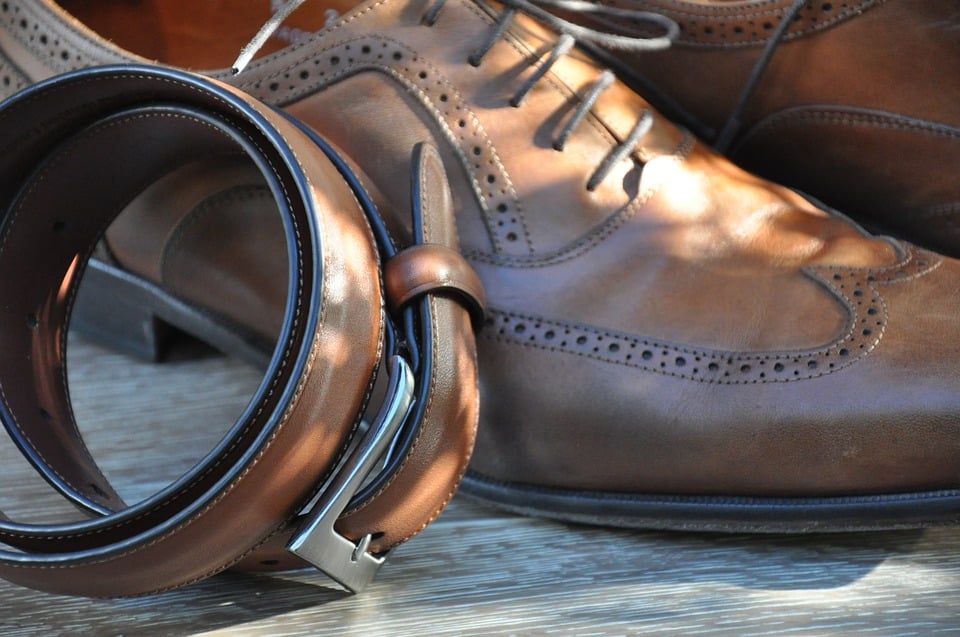 Oxfords, also known as Balamoral, are among the most timeless dress shoes for men. They are available in countless colors, with brown and black being the most popular, and usually feature a 100% all-leather construction. Some of the heavier, more durable oxford dress shoes are known as Brogue oxfords. They look similar to traditional oxfords, but with a larger and bulkier design. Because of this, Brogue oxfords may not be ideal for formal events and occasions.

Another popular choice for men’s dress shoes is derbies. Derbies look similar in appearance to their oxford counterpart, but have one distinguishable characteristic: open laces. While oxfords typically feature closed laces, derbies have open laces. You’ll see the eyelet/lacing sewn into the upper part of the shoe without any type of stitching running over them. The presence of open lacing allows for a more casual appearance when compared to oxfords. You can still wear derbies for formal occasions, though the open lacing makes them less dressy.

A third option is loafers. The term “loafer” refers to any slip-on shoe with a low, lace-less design. Because they are slip-on, however, loafers typically lack the formal appearance of their oxford and derby counterpart. You should choose loafers only for business-casual or semi-casual occasions.

Something else to consider when choosing dress shoes is the toe. Whether they are oxfords, derbies, loafers or other dress shoes, most feature several different toe styles from which to choose. Plain toe, for instance, features no additional styling in the toe, while cap toe features a small “cap” around the toe. A cap toe doesn’t offer any functional benefits, but rather it’s used strictly for aesthetics.

Other common toe styles used in men’s dress shoes include wingtip, medallion, apron, and split toe, each of which has its own unique characteristics.

These are just a few of the most common styles of men’s dress shoes. Feel free to experiment with out styles to see what works best for your outfit. Who knows, you may find a new favorite style.

Dress shoes are an important part of a men’s formal attire. If you plan on wearing a suit, you’ll need the right footwear to compliment it. Wearing a pair of old tennis or athletic shoes isn’t going to cut. Instead, consider a pair of brown or black leather oxfords. Additionally, though, you should polish your dress shoes to improve their appearance. So, what’s the best way to polish men’s dress shoes? 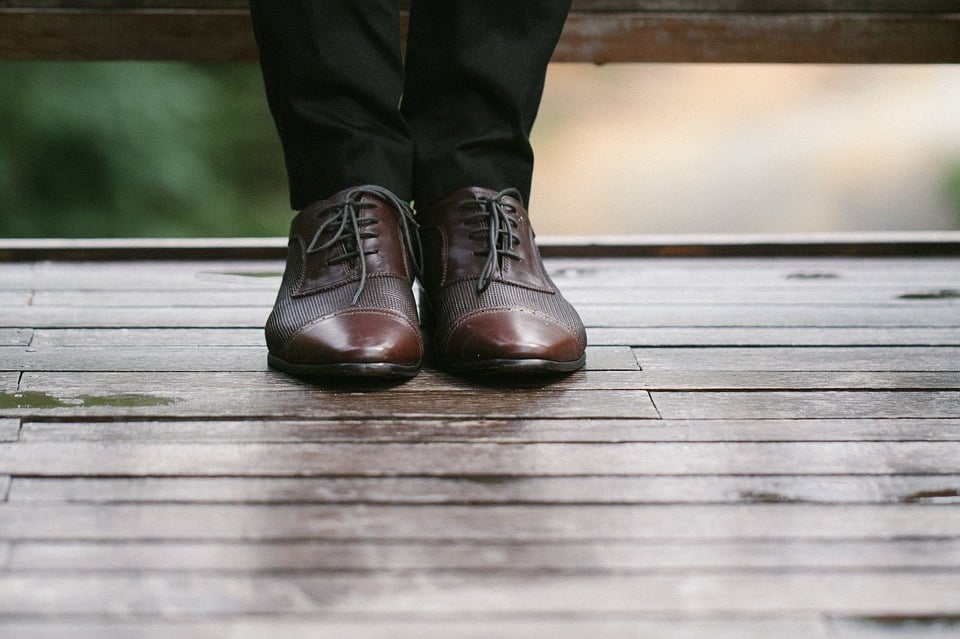 Before you can start polishing your dress shoes, you’ll need to pick up a few basic items. This includes shoe polish, a shine brush, a polish brush, some cotton balls, and a piece of shine cloth. You should be able to buy these items from a local footwear store. If you cannot find them, look online. There are countless retailers and vendors that sell shoeshine supplies, both locally and online.

With your supplies in hand, it’s time to get to work. Start by cleaning your shoes to remove all dirt, dust and debris. This is best done using a horsehair brush with thick, hard bristles. Go over the surface of your dress shoes multiple times, adding a small amount of water for stubborn spots. This should make easy work of even the dirtiest dress shoes.

After cleaning your dress shoes, you can now polish them. It’s important to note that shoe polish is sticky and messy. So, keep a roll of paper towels nearby to clean up any mess you make. To polish your dress shoes, apply a small amount to the shoe and rub it in using the polish brush. Make clockwise rotations with the polish brush, going over every square inch of exposed leather/material, until you’ve covered the entire shoe. When you are finished, wait 20-25 minutes for the polish to dry.

You aren’t out of the woods just yet. There’s probably an excess amount of polish left on your shoes, in which case you should brush it off using the horsehair brush. Ideally, you should leave only a very small — almost unnoticeable — amount of polish on your dress shoes. When you are finished, rub the shoes down one last time and look at them from afar. Assuming they are clean and polish-free, they are good to go.

Ask any fashion expert and he or she will agree: dress shoes are a fundamental component in formal men’s attire. If you plan on wearing a suit, you’ll need to pair it with the right shoes. Wearing a three-piece bespoke suit with tennis shoes just isn’t going to cut it. Rather, you need a more formal style of shoes that reflects the high-end look of your suit.

Unfortunately, though, it’s not uncommon for dress shoes to develop creases. Just like shirts and pants develop creases, so will your shoes. When this occurs, it creates a messy appearance that hurts your efforts to achieve a formal look. So, what steps can you take to protect your dress shoes from creasing? 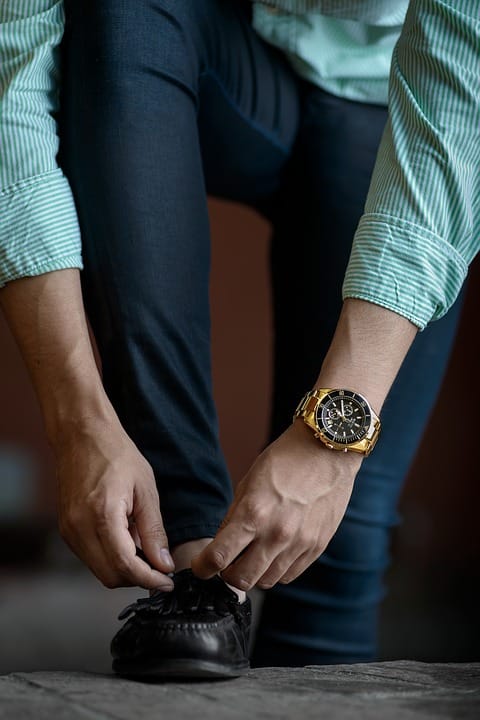 Use a Shoe Horn

If you don’t own one already, go ahead and get yourself a shoe horn from your local footwear store. This otherwise simple accessory can make a world of difference in protecting your shoes from creasing. A shoe horn is used to relieve pressure on the back/heel of your feet when putting on shoes. Simply forcing your foot into the shoe causes the heel of the shoe to compress, which can subsequently lead to creasing. Placing the shoe horn in the shoe first, however, allows your to ease your foot into the shoe more gently. It’s a simple and easy solution to protect your dress shoes from creasing.

In addition to a shoe horn, you should also use cedar shoe trees to protect your footwear from creasing. Cedar shoe trees are large blocks of wood that fit inside a shoe. Their sole purpose is to retain the shoe’s original shape, protecting against problems like creases, collapse, etc. After taking your shoes off for the day, place a cedar shoe tree in each shoe, keeping it here until the next time you are ready to wear them.

We’ve talked about this before, but it’s worth mentioning again that the climate in which you store shoes will affect their shape. If you store your dress shoes in a humid environment, the excess moisture vapor in the air will saturate the shoes and potentially create creases. A good rule of thumb is to store your dress shoes in an environment with a relative humidity of 40-50%

Sneakers and tennis shoes just won’t cut it during the winter months. Sure, these low-rise shoes are perfect for the spring and summer months. But if you want to stay comfortable — and look fashionable — during the winter, you’ll need to choose a more appropriate type of footwear, such as boots. Here are some tips on how to choose the right pair of men’s boots. 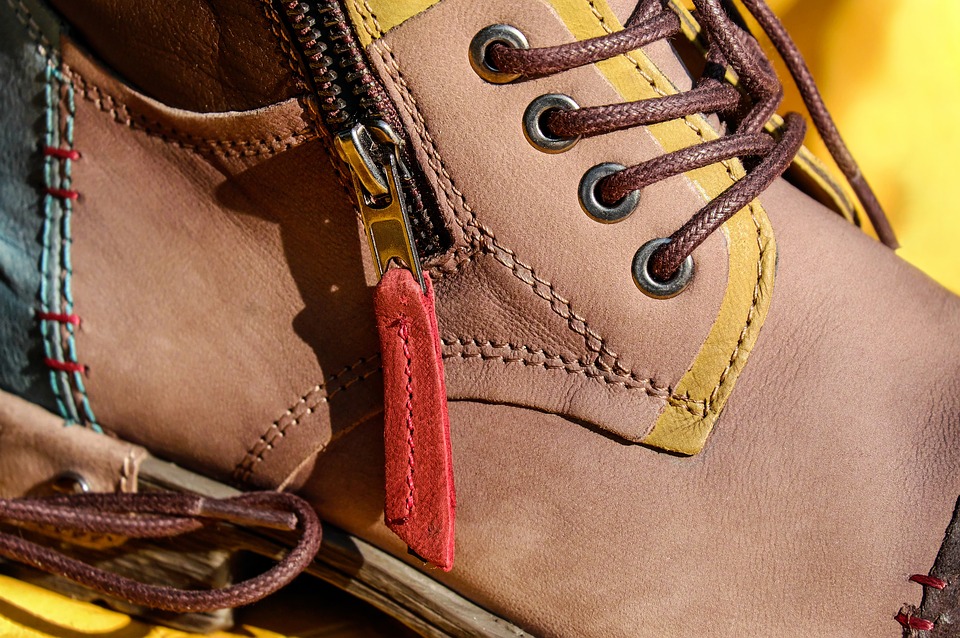 If you plan on wearing your boots to work, you’ll want to choose a pair that’s strong, durable and able to withstand tough conditions. Some “work boots,” for instance, feature a steep-tipped toe, protecting your feet if a heavy object falls on them. Other work boots have puncture plates, which protect the bottom of your feet if you accidentally step on a nail, piece of glass, or similar sharp object.

One of the most popular styles of men’s boots is chukka. In case this is your first time hearing about them, let me explain: chukka boots are ankle-high boots, typically made of leather, with open lacing and between two and three pairs of eyelets. They were originally worn by British special forces during World War II. Since then, they’ve become a popular choice among fashion-forward men.

No two people have the exact same foot size. As a result, you may have trouble finding a pair of boots that fits just right. Remember, length is only one measurement to consider when choosing boots. You should also consider the width. If you have a wide foot, you may need a special pair of boots specifically designed for men with wide feet.

What color of boots do you intend to buy? The color will affect your boots in more ways than one. If you choose black boots, for instance, you probably won’t be able to wear them with brown pants or a brown shirt — and vise-versa for brown boots. Think about when and how you’ll be wearing your new boots and choose the most appropriate color.

Of course, you should consider the material from which the boots are made. You really can’t go wrong with an all-leather pair of boots, as it offers the perfect blend of style, durability and comfort. Some synthetic materials can mimic the appearance of leather, however, offering an even greater protection from moisture and weather.

24 Boots for Every Man